Sandoval’s death shed light on the astronomical increase in the number of fatal homicides recorded in the country. Such incidents have plagued countries such as Colombia and Brazil for a long time, but in Chile this is a fairly new phenomenon. The figures vary for Chile’s government organizations, but they are all alarming numbers. Between 2016 and 2021, the number of homicides increased by 40%, according to Chile’s Crime Prevention Department. Meanwhile, the National Prosecutor’s Office found that the number of homicides rose by 66% from 2016 to 2020.

However, the Insight Crime report also states that “although Chile has long avoided the criminal activities and gangs that plague other countries, this does not appear to be the case anymore.”

Chile’s Crime Prevention Department reported that the number of homicides increased by nearly 30% between 2019 and 2020, with police attributing the increase to the pandemic, the economic downturn and the resulting increase in illegal trade. While the homicide rate fell by 21.8% between 2020 and 2021, the cumulative data since 2017 shows an overall rise in homicide rates.

“The situation in Chile is alarming,” Juan Pablo Luna, a political scientist at the Institute of Political Science at the Catholic University of Chile, told CNN, adding that she’s not the only one sliding into violence.

“It was assumed that countries with relatively strong states and solid democracies would be immune to such a scenario, but now we see that this was an illusion,” Luna said.

He pointed to Paraguay, Peru, Uruguay and Ecuador, among others in the region, which also faced rising crime.

Ecuador’s statistics are particularly striking: according to the country’s National Institute of Statistics and Census, the number of homicides has increased by 84.4% over the past year. In Uruguay, the Ministry of the Interior recently said that the number of cases rose by more than 33% in a year. In Peru, earlier this year, the government declared a state of emergency in Lima and the Callao region to combat crime focused mainly on contract killings. In Paraguay, the number of homicides committed by hitmen also rose significantly last year, according to Insight Crime.

Experts attribute the increase in violence in the region to the expansion of the reach of global criminal networks.

Alejandra Mohor, a sociologist at the Center for Public Safety Studies at the Institute of Public Affairs of the University of Chile, told CNN that “we are seeing an increase in the infiltration of international organized crime into these countries.”

“Because of globalization, the type of crime that we see has changed. In extremely violent countries like Colombia or Venezuela, you may not notice it, but in Chile, Ecuador, Peru, Bolivia and maybe Argentina, the level of specialization of this criminal business has a huge impact because it’s new,” Mohor said. .

However, this expansion in Chile did not happen overnight.

Experts say that new criminal strategies have been gradually developed over the past decade, but the authorities failed to foresee how severely this would affect society.

For example, in 2011, the Santiago Metropolitan Region Coroner’s Office warned in a report that gun homicides were on the rise. “The rising death rate from firearms among young people in our country is a phenomenon that should be looked into,” the report says.

But it didn’t get much of a response from law enforcement or city officials, Mohor said. As violence escalated, public policies implemented by successive governments fell short of meeting the basic needs of many low-income neighborhoods, which in turn created fertile ground for criminal groups to settle and the drug trade to spread.

“We have people living in isolated areas, away from work, without good public transport, without schools and medical services. And when the state is absent, organized crime begins to fill this void,” she said.

In a 2021 article published in the Urban Violence Research Network, the researchers said that the inequality in Latin America felt by the poor and the working class, having “few other options for surviving,” made them “easy newcomers to the drug trade.”

“The cocaine trade integrates marginalized territories abandoned by the state into global markets and acts as a driving force for development,” the organization said in a statement.

Paradoxically, prosperity is also considered to be the cause of increased violence. More money means more drugs, Luna said, and the commodity boom that favored South America until 2014 helped illicit businesses flourish. The rise in drug use was also accompanied by an increase in purchasing power, the attraction of new participants in the illegal economy, and the strengthening of southern drug trafficking routes.

All these factors have provoked new territorial disputes between gangs and an increase in violence in Chile, as well as in Uruguay, Paraguay and Ecuador.

NG, who is not fully identified by CNN for security reasons, lives in the poor neighborhood of Santiago El Bosque and has experienced this transformation first hand. The 28-year-old has lived in the same house with her mother since her birth, but now barely recognizes their neighborhood.

“When I was a child, my biggest concern was that my mother would find me playing outside instead of doing my homework when she got home. Now I hardly go out,” she said. “We live surrounded by drug dealers.”

Most often, she says that she is afraid.

“Every day we hear fireworks because traffickers use them to signal the arrival of a shipment of drugs, because there is a drug funeral, or just to cover up the noise of the shooting. We rarely see the police — we can’t live in peace,” she said.

NG said these insecurities were exacerbated by the onset of the Covid-19 pandemic. Experts explain that the economic crisis, the rise in smuggling of migrants along the Bolivian-Chilean border, and police corruption have only exacerbated the problem, allowing organized crime to take on a whole new dimension.

Last September, the Chilean Drug Observatory warned of the presence in Chile of two Mexican cartels (Sinaloa and Jalisco New Generation) and a Colombian cartel (Cartel del Golfo). Mexican cartels have also stepped up their activities in Argentina, Colombia, Peru and Ecuador, according to Ernesto López Portillo, public safety program coordinator at the Iberoamerican University in Mexico City.

“We’re not talking about drug trafficking or microtrafficking anymore,” Chong told CNN. “These are organizations that operate like holding companies, with a variety of illegal activities: assassinations for hire, trafficking in firearms, extortion, human trafficking, sexual exploitation and much more.”

In this context, many South American countries lack the means to properly address the problem, Chong said, as gang tactics are evolving faster than many of the nation’s investigative capabilities. Chile, for example, lacks a dedicated police force, innovative police technology, and adequate witness protection programs. All of this, combined with corruption, creates huge barriers to prosecuting and punishing criminal groups, Chong added.

“We need to develop new prosecution strategies that go beyond specific criminal offences, especially given that at the international level we are seeing the infiltration of criminal organizations into public services,” she said.

The day after Sandoval, a Chilean journalist, was shot dead, a man previously convicted of drug dealing was arrested and has since been charged with her murder, Chilean media reported. The weapon he allegedly used has yet to be found, but authorities have determined that the bullet was a .40 caliber. A presidential delegate from the Santiago metropolitan area said the shooting was linked to organized crime and lax gun control, two issues the government has taken for granted. tackle.

“It affects the health of democracies and weakens the already fragile rule of law. And countries that have experienced less violence are no exception to this reality, because crime markets have no borders and never will.” 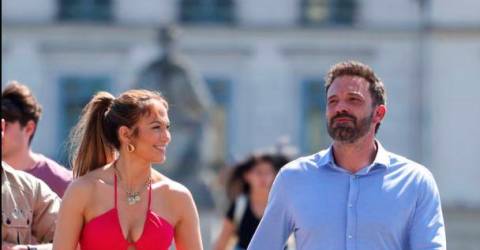 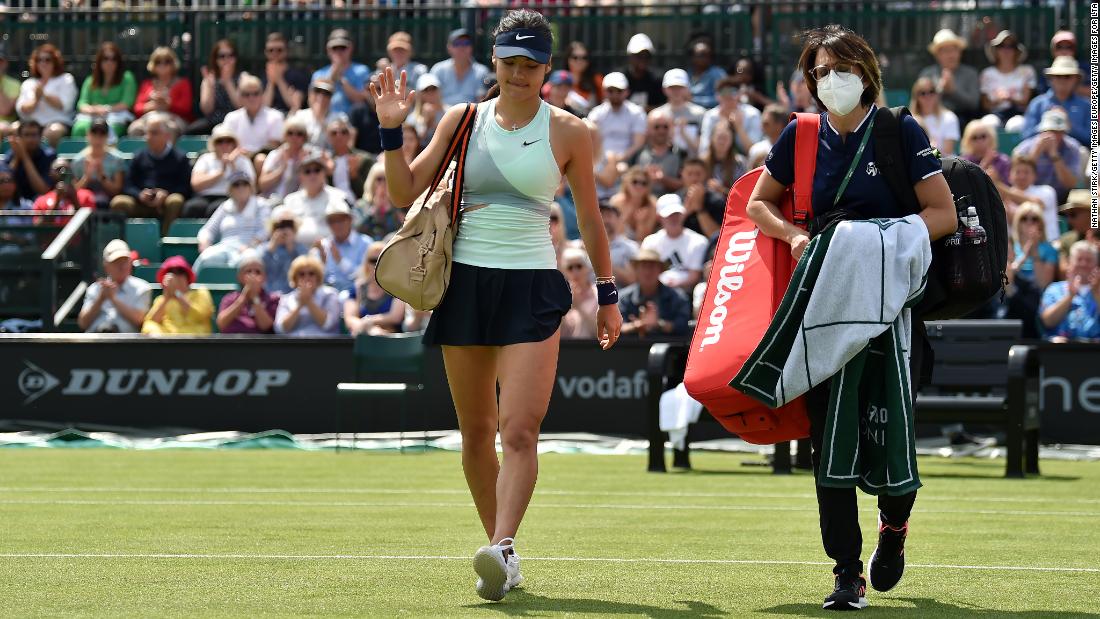 Emma Raducanou hopes to play at Wimbledon after injury