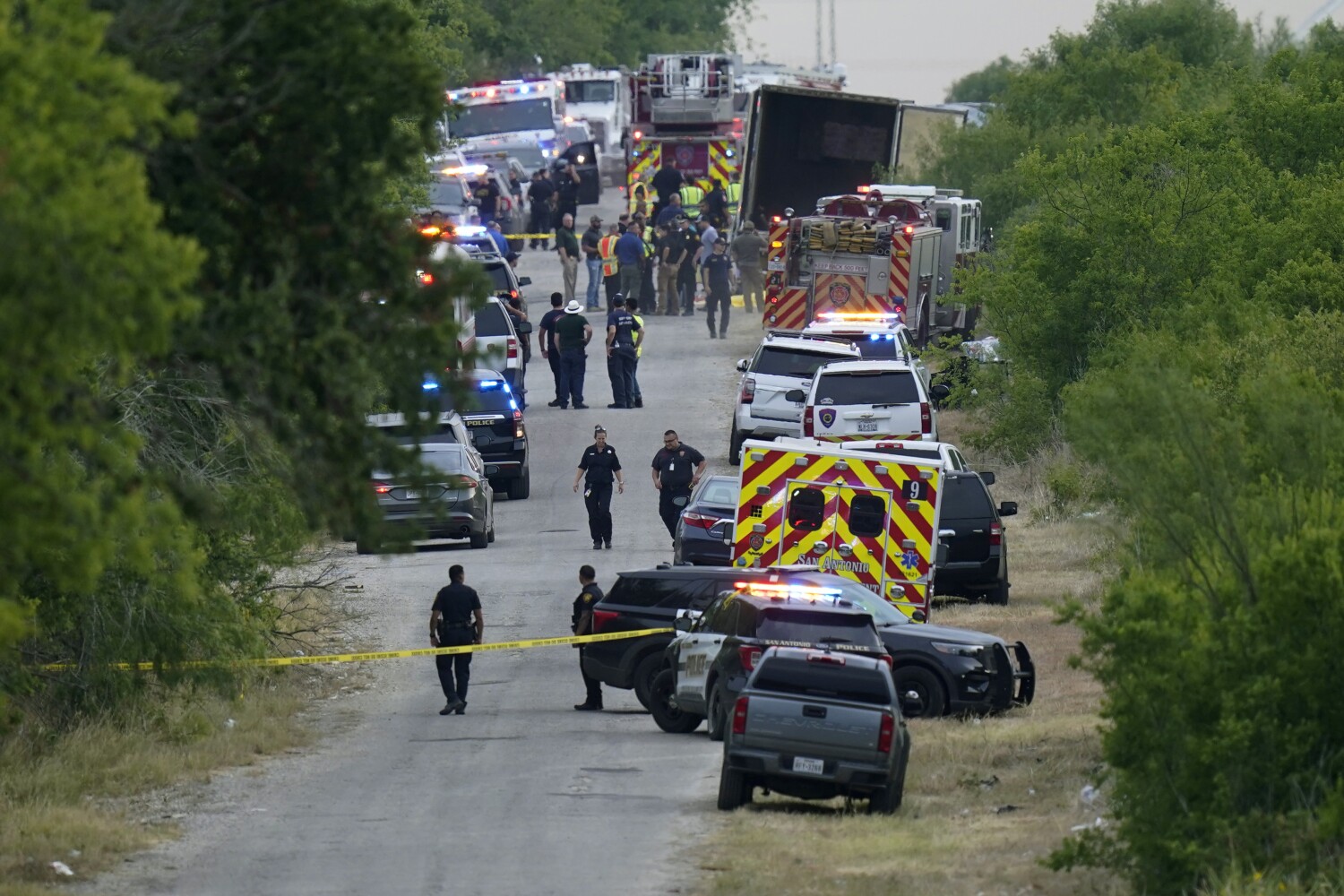 The bodies of 46 people thought to be migrants were found in a trailer in San Antonio on Monday in one of the deadliest human-smuggling incidents in recent US history.

Around 5:50 p.m., a worker heard a cry for help and found a trailer with the doors partially open, San Antonio Police Chief William McManus said. The worker opened the doors, found “several dead inside” and called the police.

According to San Antonio Fire Chief Charles Hood, firefighters found a body outside a trailer and several near 9600 Quintana Road, in the southwest part of the city.

First responders described seeing bodies stacked on top of each other inside the trailer.

“The patients we saw were hot to the touch,” he said. “They suffered from heat stroke, heat exhaustion. [There were] no signs of water in the car. It was a refrigerated tractor, but there was no air conditioner in sight on this platform.”

On Monday, the temperature in the area reached 99 degrees.

According to Hood, those who survived, mostly young people, were too weak to get out of the trailer.

A spokesman for University Hospital in San Antonio confirmed that the facility was treating two critically ill patients.

Two of the survivors were identified as Guatemalans, Mexican Foreign Minister Marcelo Ebrard. said on Twitter. Officials from the Guatemalan Migration Institute and the country’s consulate in McAllen, Texas, said they were awaiting identification of those in the truck and could not confirm whether they were Guatemalans.

Three people are in custody, McManus said, but authorities “don’t know if they’re absolutely involved or not.” According to McManus, the investigation was transferred to the US Department of Homeland Security Investigation.

Federal agents responded to a call from the San Antonio police about “alleged human smuggling,” a National Security Investigation official told The Times.

Agents arrived at the scene on Quintana Road near Cassin Drive and began an investigation with the support of the San Antonio Police Department, a spokesman said.

According to Ebrard, the tractor-trailer had U.S. license plates, a possible attempt to evade inspection and was most likely the work of traffickers.

“We know of 46 people who are no longer with us who had families who were probably trying to find a better life, and we have 16 people who are fighting for their lives in the hospital,” Nirenberg said. “Our focus right now is to try and help them as best we can.”

San Antonio City Council member Adriana Rocha Garcia, representing the area where the tractor-trailer was found, was at the scene late Monday night.

“These families, I can’t imagine what they’re going through without knowing if their family member was one of those who passed away,” Garcia said. “All they did was try to come to a better life.”

Smuggling of migrants in tractors is a common practice along the southwestern border.

In 2003, 19 people died after being abandoned in a trailer at a truck stop in Victoria, Texas. Driver Tyrone Mapletoft Williams was convicted and is serving nearly 34 years in prison.

In 2017, 10 people died after they were left in a tractor-trailer near a Walmart in San Antonio. The driver, James Matthew Bradley Jr., was sentenced to life imprisonment without parole.

Last year, 55 migrants smuggled through Mexico died in a tractor-trailer collision near the border with Guatemala.

The number of migrants relying on smugglers has risen sharply in recent decades as US and Mexican immigration authorities tightened their grip after 9/19. November 11, 2001, terrorist attacks.

Migrants now pay up to $10,000 to smuggling networks that are closely linked to drug traffickers. Rape, kidnapping and extortion along the way of migrants are commonplace.

Tough border policies are forcing those trying to reach the US to take increasingly dangerous risks, migrant advocates say.

“It’s the politics of death.” tweeted Adam Isaksonresearcher at the Washington Office for Latin America, a human rights group.

In recent years, US border guards have targeted not only economic migrants looking for work, but also asylum seekers seeking protection.

Section 42, which former President Trump invoked in 2020 on grounds of preventing the spread of COVID-19, allows border authorities to immediately remove migrants even if they say they want to seek asylum in the US. The US has expelled migrants almost 2 million times.

This year, the Biden administration tried to repeal Section 42, but its efforts were blocked by referee after 24 states sued. Texas filed its own lawsuit to block the move.

Texas Gov. Greg Abbott blamed President Biden for the deaths of migrants in San Antonio. “They show the deadly consequences of his refusal to uphold the law,” Abbott tweeted about this.

U.S. Representative Joaquin Castro (D-San Antonio) tweeted that he spoke with Secretary of Homeland Security Alejandro N. Majorcas about the deaths that were “most likely the victims of ruthless smugglers.”

Castro said federal agents are working to alert the families of the victims, find those responsible and investigate the incident.

Meanwhile Mallorcas tweeted who was heartbroken at the loss of his life. 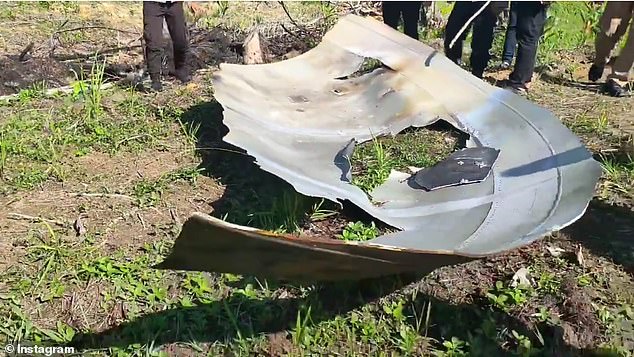 A giant 16-foot-long metal fragment found in Indonesia is believed to be a fragment of a Chinese missile.