One African medical student told CNN that she and other foreigners were ordered to get off public transport at a checkpoint between the Ukraine-Poland border.

According to her, they were told to step aside when the bus left, in which there were only citizens of Ukraine.

Rachel Onegbule, a Nigerian medical student in Lviv, is stranded in the border town of Shehyni, about 400 miles from Ukraine’s capital Kyiv.

She told CNN: “More than 10 buses arrived and we watched everyone leave. We thought that after they had taken all the Ukrainians they would take us, but we were told that we had to walk, that there were no more buses, and they told us to walk. . “

“My body is numb from the cold and we haven’t slept for about 4 days now. Ukrainians have been prioritized over Africans – men and women – in everything. We don’t have to ask why. We know why. I just want to go home,” Onyegbule told CNN by phone Sunday as she waited in line at the border to cross the border into Poland.

Onyegbule says she eventually got her travel document stamped on Monday morning at around 4:30 am local time.

Saakshi Ijantkar, a fourth-year medical student from India, also shared her ordeal with CNN on Monday by phone from Lviv, western Ukraine.

“We need to go through three checkpoints to get to the border. There are a lot of people stuck there. They don’t let the Indians through.

CNN was unable to confirm the identities or affiliations of the people who ran the checkpoints, but Ijantkar said they were all wearing uniforms.

T
hey, let 30 Indians only after 500 Ukrainians enter. To get to this border, you need to walk 4-5 kilometers from the first checkpoint to the second. Ukrainians are given taxis and buses for travel, all other nationalities have to walk. They were very racist towards Indians and other nationalities,” the 22-year-old Mumbai resident told CNN.

She added that she had witnessed violence by security guards against students waiting on the Ukrainian side of the Shehyni-Medyk border.

Ukrainian men between the ages of 18 and 60 are no longer allowed to leave the country, but this decree does not apply to foreign men.

Ijantkar says she saw Indian men queue for long hours along with other non-Ukrainian nationalities.

“They were very cruel. The second checkpoint was the worst. When they opened the gate to cross to the Ukrainian border, you remain between Ukraine and Poland, the Ukrainian army does not let Indian men and boys through, when you get there, only Indian girls were allowed to enter. We had to literally cry and beg at their feet. After the Indian girls entered, the boys were beaten. They had no reason to beat us with such cruelty,” Ijantkar said.

“I saw an Egyptian who was standing in front with his hands on the railing, and because of this, one guard pushed him with such force that the man hit the spiked fence and lost consciousness,” she said. .

“We took him outside to give him artificial respiration. They didn’t care, and they beat the students, they didn’t care about us, only about the Ukrainians,” she added.

CNN contacted the Ukrainian army in light of the allegations of violence, but did not immediately receive a response.

Ijantkar said that many students waited at least a day, but she eventually returned to Lviv because she was terrified, waiting in the cold without food, water or blankets.

“I saw people shaking terribly in the cold, they fainted due to hypothermia. Some had frostbite and blisters. We couldn’t get any help and just stood there for hours,” she said.

Andriy Demchenko, a spokesman for Ukraine’s Border Guard Service, told CNN on Monday that allegations of segregation at the borders are untrue and that the border guards are working under enormous pressure at the borders but operating within the law.

“Since the day[Russian President Vladimir]Putin attacked Ukraine, the flow of people trying to leave Ukraine and the war zone has increased dramatically. Whereas before the number of people trying to cross the border to and from the European Union was up to 50,000 (persons) per day, now the number has doubled and continues to increase. Huge load on checkpoints, on border guards.

“In order to speed up the process and allow more people to cross, the government has made it as easy as possible to cross the border. Due to the increase in the number of people crossing the border, people are forced to stand in long lines. However, I can state that everything happens according to the law. There is absolutely no division by nations, citizenships, classes on the border,” Demchenko said.

Ukraine attracts many international students wishing to study medicine because it has a good reputation for medical courses and teaching, and other costs are much lower than programs in other Western countries.

Another stranded student told CNN on Sunday that border guards on the Ukrainian side of the border are showing prejudice against foreign students.

“They are depriving foreigners. They treat us very racist at the border. They tell us that Ukrainian citizens should go first, and foreigners are told not to come up,” said Nneka Abigail, a 23-year-old medical student from Nigeria. .

Africans share their experiences online using the #AfricansinUkraine hashtag. Their stories caused an uproar and a number of crowdfunding appeals were launched to try and help those stranded in the country.

One of those who shared their story online is Corrine Sky, a Zimbabwean medical student who has been studying in Ukraine since September.

She fled the country on Friday but, with the help of two London friends, managed to raise more than £20,000 ($26,800) to help stranded Afro-Caribbean students.

“This situation we are in is a life or death situation. We need to make sure that all African students cross the border successfully and safely,” she said, speaking on Instagram live from the Romanian side of the border on Sunday.

To date, about 500,000 refugees from Ukraine have moved to neighboring European countries, said UN High Commissioner for Refugees Filippo Grandi. said on Monday.

Are home countries doing enough to help their citizens?

Some of those interviewed by CNN said they blamed not the Ukrainian authorities for prioritizing their citizens, but their own governments for failing to take steps to help them outside the country.

“The Nigerian government is acting nonchalant as usual,” Onyegbule said.

“There are many of us in Ukraine. They can’t just leave us like this. It’s so sad, but we are used to bad governance in Nigeria. It’s very sad.”

Onyegbule admitted that Nigerian officials were waiting to meet her and others when she crossed the Polish border.

“It would be so helpful in Ukraine, we were looking for someone to speak on our behalf there.”

Nigerian Foreign Minister Jeffrey Onyama tweeted that the Ukrainian authorities had assured him that there were no restrictions on foreigners wishing to leave Ukraine.

“The problem is the result of chaos at the border and the checkpoints leading to them,” he said, adding that he “is personally coordinating with our offices in Ukraine, Poland, Russia, Romania and Hungary to ensure the exit of our citizens from Ukraine and return to Nigeria those who are ready to return, supporting those who remain in Ukraine.”

CNN contacted Oneama to comment on allegations that the Nigerian government has not done enough to help its citizens leave Ukraine.

A spokesman for President Buhari Gharba Shehu urged: “All those fleeing a conflict situation have the same right to safe passage under the UN convention, and the color of their passport or skin should not matter.”

Shehu added that there are about four thousand students from Nigeria in Ukraine, mostly studying medicine.

“We strongly condemn this racism and believe that it is detrimental to the spirit of solidarity that is so urgently needed today. The mistreatment of African peoples on Europe’s borders needs to stop immediately, whether they be Africans fleeing Ukraine or those crossing the Mediterranean, Kenyan Ambassador to the UN Martin Kimani said on Monday.

Onegbule, a first-year medical student, said she was drawn to studying in Ukraine because she was looking for “a safe and cheap option outside of Nigeria.”

“In general, life in Ukraine was peaceful, it is a beautiful country. Sometimes in trams people don’t want to sit next to you and look at you, but in general Ukrainians are good people,” she said. 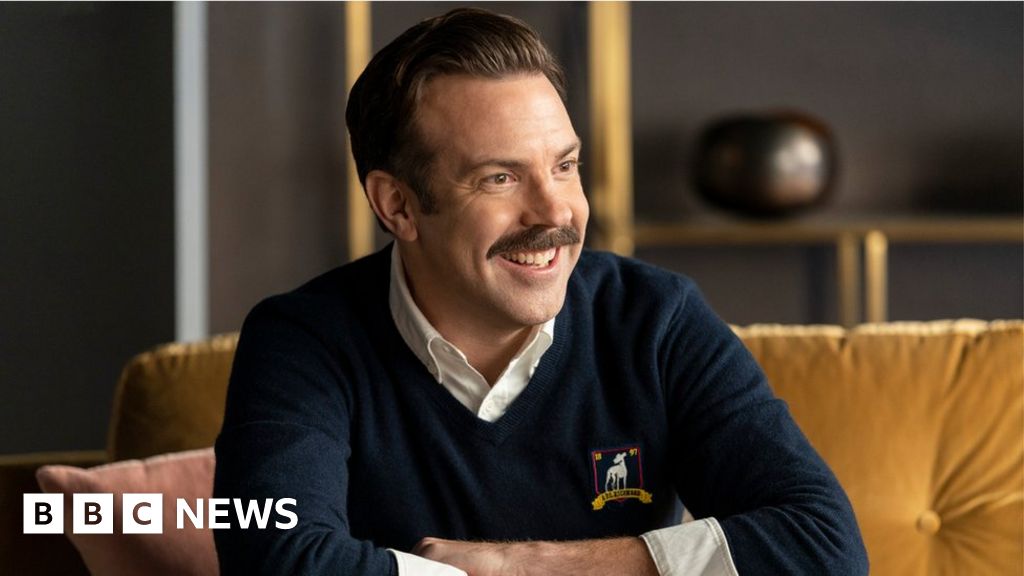 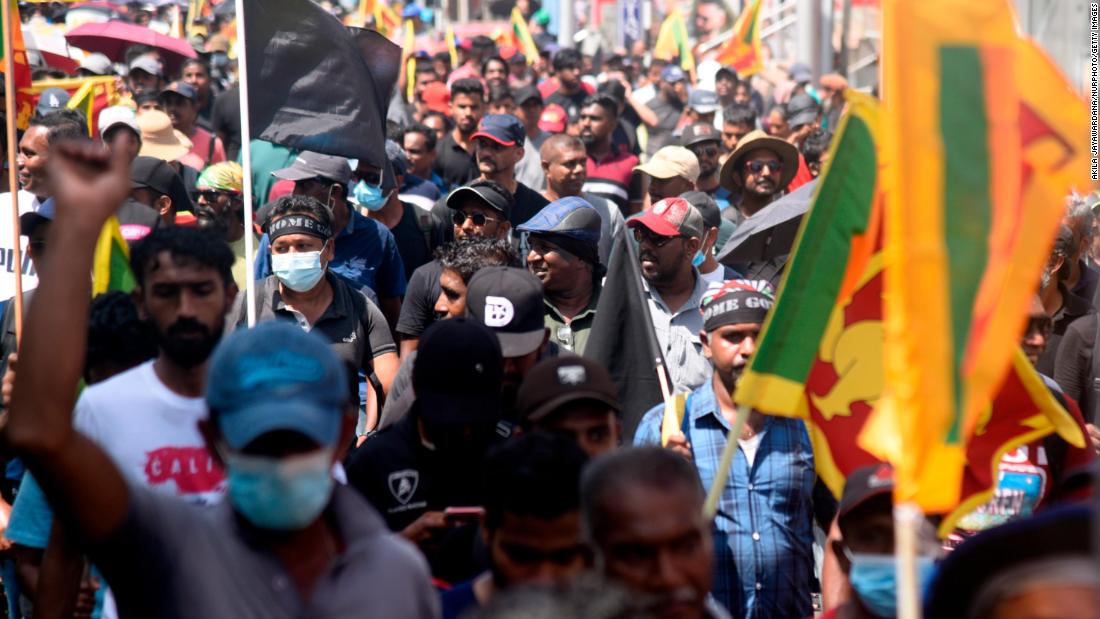 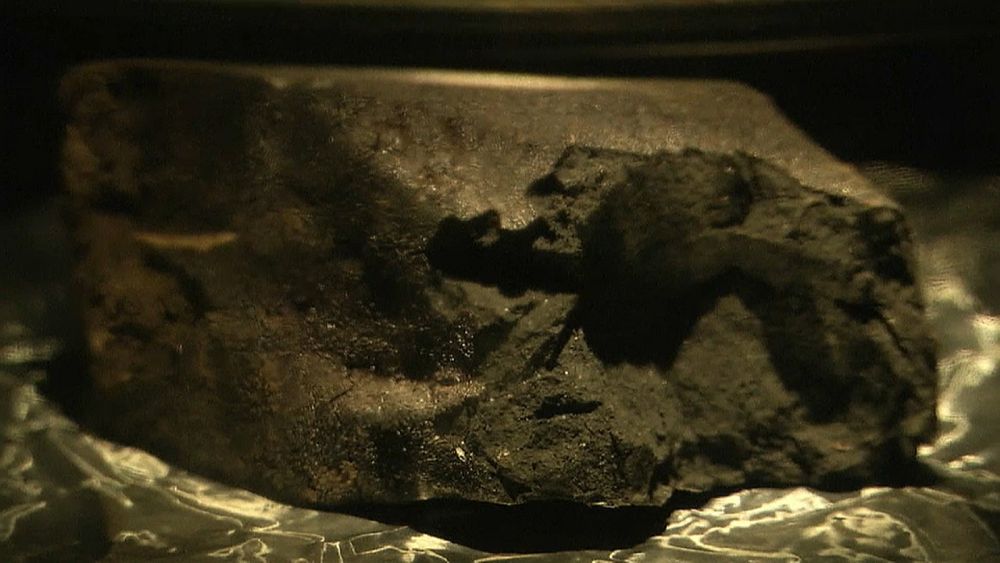