The Russian Federation’s invasion of Ukraine was another supply shock for a global economy still reeling from the effects of the COVID-19 pandemic. As of June 2022 edition. Global economic outlook According to the report, global growth is projected to slow sharply from 5.7 percent in 2021 to 2.9 percent this year (Figure 1). The impact of the invasion explains much of the downward revision to this year’s global growth forecast of 1.2 percentage points. Growth in emerging market and developing economies (EMDEs) is expected to slow from 6.6 percent in 2021 to 3.4 percent in 2022 due to the negative effects of the war in Ukraine and a worsening global environment. Barring the pandemic-driven 2020 recession, this is the weakest year of EMDE growth since 2009.

Various overlapping and mutually reinforcing negative risks are lining up against this baseline of a sharp slowdown in global growth, including increased geopolitical tensions, increased financial instability, and continued supply tensions. Three of these, which are discussed and quantified in the subsections below, may already be materializing. If these shocks materialize at the same time, they could lead to a much sharper global slowdown in 2022-23 than projected in the baseline scenario.

Source: World Bank.
Note. EMDE = emerging market and developing countries. The bars show the 2020-2024 cumulative production losses calculated as deviations from the trend expressed as a share of GDP in 2019. Output is measured in US dollars at 2010-2019 prices and market exchange rates. The trend is expected to increase at the rate of increase of the trend calculated by the regression in 2010-2019. EMDE commodity exporters exclude the Russian Federation and Ukraine.

Continued inflationary pressures have led to a chaotic reassessment of monetary policy expectations around the world. Until June, markets had been counting on an increase in the US federal funds rate to 2.5% by the end of 2022. Just a few short weeks later, in response to another inflationary surprise—headline CPI inflation reached 8.6 percent year-on-year in May—expectations for the end of 2022 topped 3 percent (Figure 2). Other large central banks were affected by similar changes, which led to the fall of stock markets against the backdrop of persistent volatility in stocks. In turn, EMDE’s financial conditions have reached their tightest level since the start of the pandemic. Sovereign spreads have steadily widened in EMDEs, especially in commodity-importing countries where debt servicing can become increasingly difficult (Figure 3).

Sources: JP Morgan; The World Bank.
Note. The figure shows the difference in bond spreads between the latest available data and data as of February 23, 2022 (the day before the invasion of Ukraine). Last observation June 24, 2022.

The war in Ukraine has led to significant supply disruptions and increased price volatility for a number of commodities, including energy, food and fertilizer. There are many possible triggers for further increases in energy prices. These are all triggered by the Russian invasion of Ukraine and could include an immediate Russian ban on all energy exports to EU countries, additional G-7 sanctions on shipping companies, and the possibility of secondary sanctions on third parties buying Russian energy.

In a scenario of additional severe disruptions in energy markets centered around Europe, natural gas, oil and coal prices could rise sharply in the third quarter of 2022 and remain high until the end of the scenario period, reflecting both precautionary buying and declining global prices. reserves. Growth will slow sharply in advanced economies, especially in the euro area, while EMDEs will face major headwinds in the form of higher energy prices and weaker external demand. Overall, global growth could fall by 0.5 percentage points in 2022 and another 0.7 percentage points in 2023.

Economic activity in China is recovering from deep disruptions caused by tight quarantine measures in response to large-scale outbreaks of COVID-19. But the country could face new pandemic disruptions. This possibility of repeated lockdowns due to the pandemic in China was explored under the third global growth risk scenario. Large-scale resurgences of COVID-19 will cause intermittent lockdowns throughout 2023, reducing growth in China by 0.5 percentage points in 2022 and another 0.3 percentage points in 2023. Global spillovers will be modest, in contrast to the first two scenarios, but the risks of prolonged disruptions to global supply chains will increase substantially.

Possibility of a sharp global downturn with three shocks

All three of the above scenarios simultaneously could reduce global growth to just 2.1 percent in 2022 and 1.5 percent in 2023—0.8 percent and 1.5 percent slower than the baseline forecast (Figure 4). This would be consistent with a sharp global recession and would effectively bring the world economy to the brink of recession. The prospect of dire global economic consequences shortly after the pandemic’s global recession could be devastating for the world’s poor.

Even if a few negative risks materialize, policymakers can prevent the worst economic consequences. At the national level, strong policy action will require an urgent reprioritization of spending towards targeted assistance to vulnerable households, a firm commitment to a sound monetary system, and a general curtailment of the use of distortive policies such as export restrictions and price controls. Once the global economy stabilizes, repairing the damage caused by the twin shocks of the pandemic and the war in Ukraine will require an unwavering commitment to policies to stimulate growth, including large-scale investment in education and digital technology, and the promotion of the workforce. forced participation – especially the participation of women – through active labor market policies. 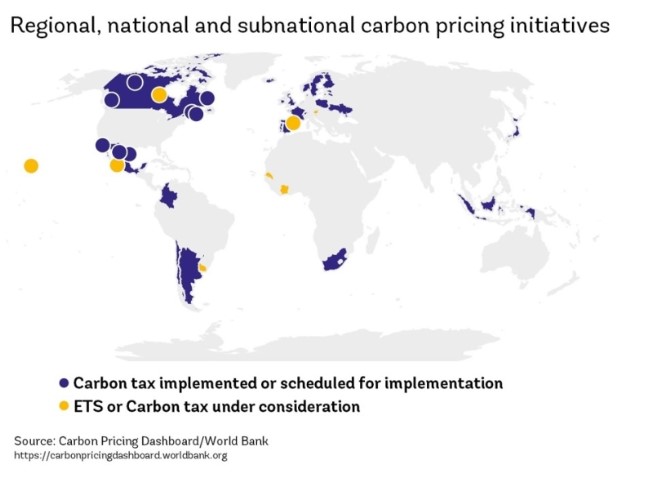 World Bank: The poor will suffer from carbon taxes