Balwani did not react when the verdict was read in the U.S. District Court in San Jose, California, and stared straight ahead at Judge Edward Davila. The members of the Balwani family were seen comforting him, and his two brothers were by his side.

The jury also found Balvani guilty on charges of patients, which cannot be said about Holmes’ verdict.

The court has set the verdict for November. 15 and changed his $500,000 unsecured bond to a $750,000 secured bond. Balwani and his legal team left the courthouse without answering questions.

“We are clearly disappointed by the verdicts. We plan to explore and consider all of Mr Balwani’s options, including an appeal,” Balwani’s attorney, Jeffrey Coopersmith, said in a statement.

The jury deliberated for five days. Balwani, 57, sat in a mask next to his defense lawyers and fidgeted in his seat as the trial judge reviewed the verdict.

The jury heard 24 government witnesses who presented Balwani as an accomplice of Holmes.

The maximum penalty for each count of wire fraud is 20 years in prison, and in the case of conspiracy, a maximum of five years. Lawyers expect Balwani to appeal.

trial has begun March 22 and faced several delays due to the pandemic. Government witnesses presented Balwani as an accomplice to his ex-girlfriend and Theranos CEO Holmes.

Prosecutors alleged that Balwani conspired with Holmes over a period of ten years to swindle hundreds of millions of dollars from investors and patients in order to keep the struggling company afloat. Balwani oversaw massively bloated Theranos financial projects, lab operations and a doomed deal with Walgreens, prosecutors said. Theranos has promised to revolutionize blood testing by making it cheaper, faster and less painful than traditional lab tests.

“Balwani is not a victim,” Assistant U.S. Attorney Jeffrey Schenk said in his closing remarks. “He is the perpetrator of the fraud… Mr. Balwani knows that the biggest threat to fraud is the truth.”

Balwani’s legal team called two witnesses: an Arizona doctor who used Theranos blood analyzers, and an information technology consultant who testified about the missing database, the Laboratory Information System, that contained patient test results. Balwani, unlike Holmes, did not testify in his defense.

In January, a separate jury found Holmes guilty three counts of wire fraud and one count of conspiracy to commit wire fraud against investors. The jury acquitted her of Theranos patient fraud charges. Holmes remains on bail until she awaiting sentencing in September.

Holmes and Balwani also brought prominent people to the company’s board of directors, including a former secretary of defense. James Mattisformer Secretary of State Henry Kissinger and former Senator Sam Nunn. At its peak, Theranos was valued at over $9 billion, while Balwani’s stake was valued at $500 million.

“Mr. Balwani has poured his heart and soul into Theranos, he has worked tirelessly year after year to make the company successful,” said Coopersmith, adding, “The government has not proven that Mr. Balwani tried to deceive or defraud anyone.” .

Coopersmith asked jurors to consider why prosecutors did not call certain employees, investors and board members, including four members of the DeVos family who invested in Theranos, to the podium.

“They invested $100 million,” Coopersmith said. “You might have thought that it wouldn’t hurt them to come to testify, but we haven’t heard anything from them.” Lisa Peterson, manager of the DeVos family’s wealth, testified in court on behalf of the family.

Balwani’s lawyers argued that he acted in good faith and sincerely believed in the capabilities of blood test technology, but former employees told CNBC that he was aware of the problems and created a toxic environment at Theranos.

In a text message from July 2015 earlier received by CNBC and read aloud in court by the government, Balwani wrote to Holmes: “I am responsible for everything in Theranos. All decisions were mine too.

“He admits his role in the scam,” Schenk said, referring to the text message.

Jill Silvestri of CNBC contributed to this report.

Correction: The heading of the article has been updated to reflect that Balwani is the COO of Theranos. 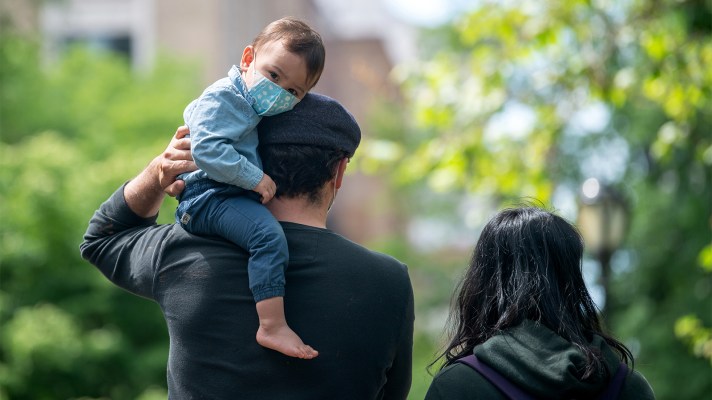