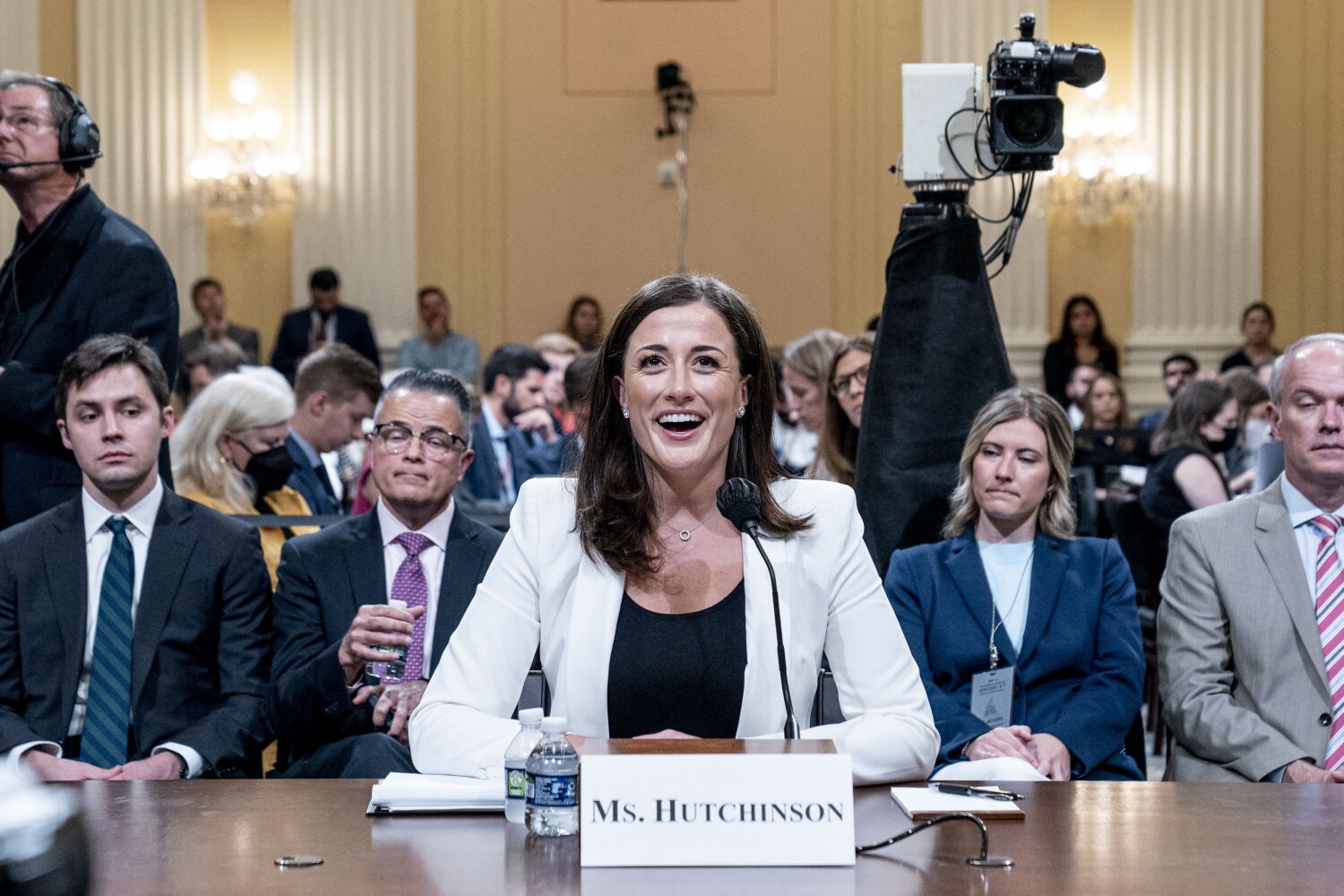 Her name is Cassidy Hutchinson.

This is a 25-year-old former executive assistant to President Trump’s chief of staff Mark Meadows, who should now be very, very afraid.

Hutchinson is the one we’ve been waiting for, the one who saw everything, heard everything and now spilled tea on the fact that the White House knew in advance about the violence that was unleashed on January 1st. 6, and his grotesque lack of response as the violence unfolded.

She testified live and on tape to the surprising array of rumors of insanity and conflict that swept the White House in the final days of the Trump administration.

She revealed that Trump physically attacked Secret Service agent when he didn’t get his way in Jan. 6 that he instructed Meadows to call dirty political swindler Roger Stone and disgraced former national security adviser Michael Flynn in their Willard Hotel War Room Jan. 5, which she told Meadows was “inappropriate”.

Without a clear desire to work and with a lot of losses, she arrived in her country on Tuesday.

In the days before Jan. 6 of the uprising, Hutchinson testified, she feared what Trump and his allies were planning.

Jan. 2, she said she walked Trump lawyer Rudy Giuliani to his car after he met with Meadows.. “Cass, are you excited about the 6th?” Giuliani asked her. “This is going to be a great day! We’re going to the Capitol!”

When she asked her boss what Giuliani meant, she testified that Meadows said, “There’s a lot going on, Cass, but I don’t know, January could get really bad. 6.”

This, Hutchinson testified, “was the first moment I felt fear and nervousness about what might happen on January 1st. 6. And I had a deeper concern about what was going on with the planning aspects.”

Meanwhile, her boss was so enamored with his corrupt commander-in-chief that ignored warnings from Hutchinson and White House Deputy Chief of Staff Tony Ornato that the Jan. 6 the protesting crowd was spattered with pistols, knives, bulletproof vests, bear spray, even the flagpoles were topped with what Ornato Meadows called “rattling spears.”

Without looking up from his phone, Hutchinson testified, Meadows replied, “Okay, anything else?”

Hutchinson said she had the feeling that “I was watching a serious car accident that is about to happen, when you can’t stop it, but you want to be able to do something. I remember at that moment I thought, “Mark needs to get out of this.” ”

(Mark, by the way, is still missing.)

Backstage at the infamous “Stop theft” rally, in which Trump urged supporters to march to the Capitol and vowed to join them, Hutchinson said, Trump was furious because metal detectors installed by the Secret Service kept many of the rally’s participants out. Obviously they didn’t want to give up their weapons, but that meant the crowd inside the perimeter looked less respectable.

“I don’t care at all that they have guns,” Trump said shortly before taking the stage. reminded Hutchinson. “They’re not here to hurt me.”

No, really. They were there – some of them, anyway – to hang Vice President Mike Pence, who backed down on Trump’s corrupt demands not to certify Electoral College results.

“I remember Pat saying something like, ‘Mark, we need to do something else,’” Hutchinson said. “They’re literally calling for the fucking vice president to be hanged.” ”

Meadows, she said, reminded Cipollona of Trump’s response: “You heard it, Pat, he thinks Mike deserves it. He doesn’t think they’re doing anything wrong.”

He tried to grab onto the steering wheel of his limousine, and when his secret service chief, Bobby Engel, withdrew his hand, he grabbed Engel’s throat. Engel did not refute the story when Ornato later told it to Hutchinson (in Engel’s presence). In fact, Hutchinson said she saw a shocked Engel place his hands on his collarbones to demonstrate what Trump had done.

Hutchinson was also at the White House when Trump threw his lunch across the room, recognizing his then Attie. Gene. Bill Barr told an Associated Press reporter that Trump lost the election.

“I remember hearing a noise,” she testified. When she went to the dining room, she saw that the valet was cleaning. “The first thing I noticed was ketchup dripping down the wall and a broken china plate on the floor,” she said. “The official said that the President was extremely angry at the Attorney General’s interview with AP and threw his lunch at the wall. I grabbed a towel and started wiping the ketchup off the wall to help the valet get out.”

It wasn’t the only time she knew Trump was throwing his lunch away. “There were a few times I knew that he would either throw dishes or flip the tablecloth over so that the entire contents of the table fell to the floor, probably shattered or blown all over the place.”

For other people to clean, of course.

In 2018, when she was an undergrad at Christopher Newport University in Virginia, Hutchinson said: her college newspaper how thrilled she was to be chosen as a White House intern.

“I set a personal goal for myself to follow a path of civic value,” she said.

Congratulations, miss. Hutchinson. Few people are lucky enough to achieve their goals at such a young age. 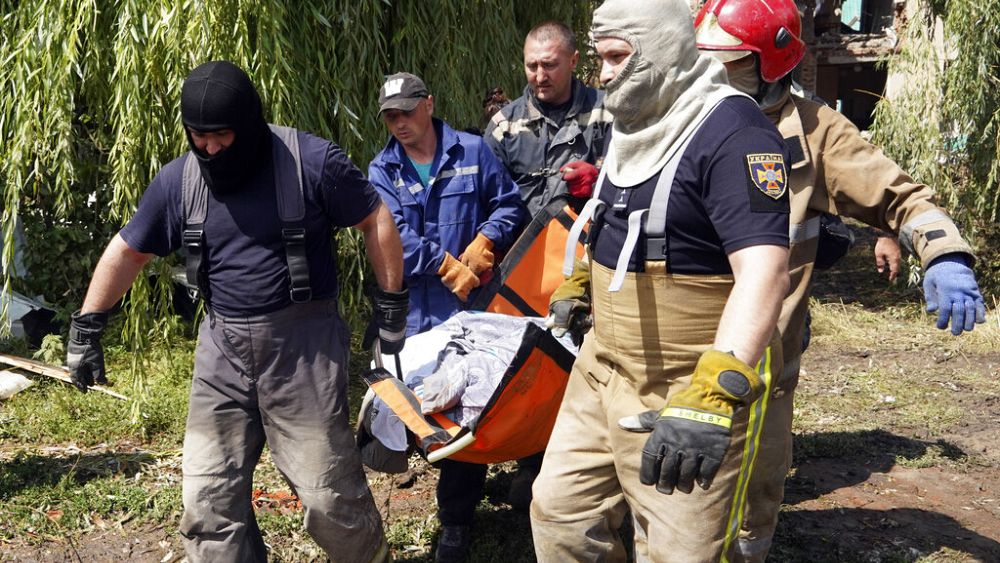 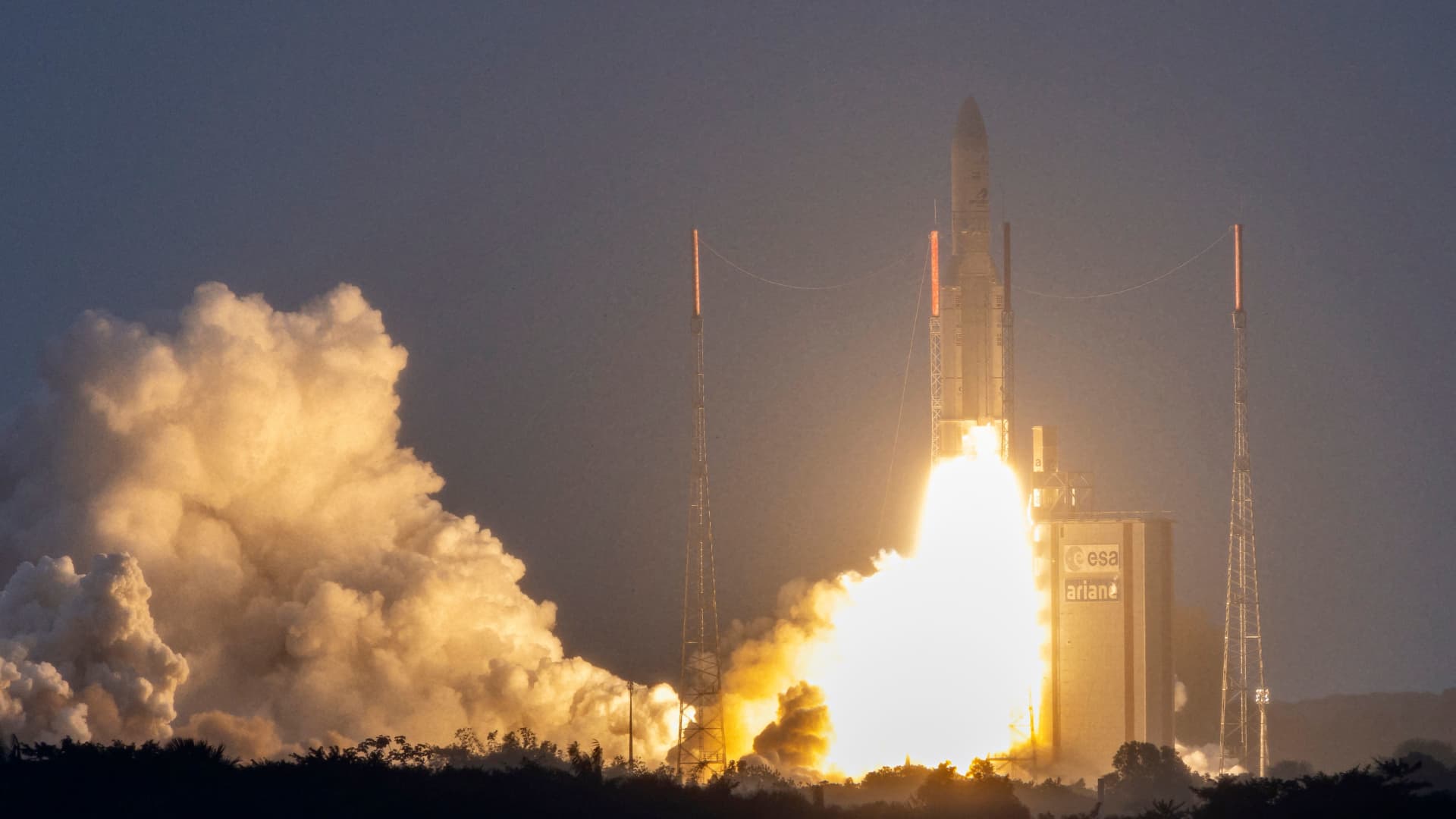 OneWeb and Eutelsat agree to merge for $3.4 billion to compete with Elon Musk’s SpaceX 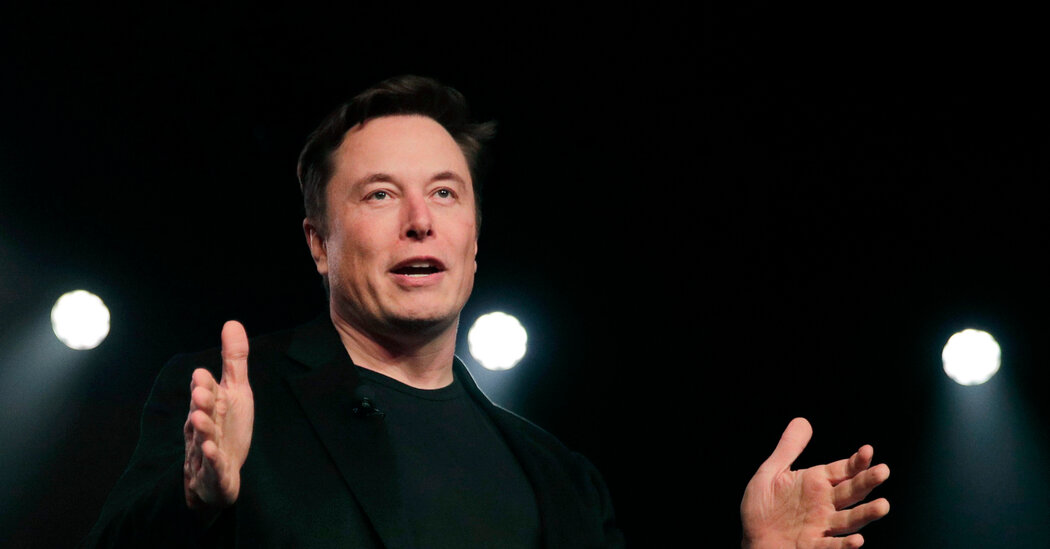