Conventional microbes have outmaneuvered medicine far faster than South Africa’s healthcare system can keep up – and new research shows that government agencies don’t have the money (or enough talent) to stop more microbes from becoming untreatable.

Article published in Antibiotics in June showed that only three out of 57 health facilities in KwaZulu-Natal have allocated money to teams to deploy official plan for border antimicrobial resistance (AMP).

Only four of the province’s 10 hospitals in the state have a microbiologist, and only two have an infectious disease specialist.

countries guidelines In the fight against AMR, microbiologists and infectious disease specialists play a critical role in such teams because they help to detect early signs of resistant infections, prevent their spread and monitor how antibiotics are prescribed.

AMR develops because, over time, microbes change the way their cells work to evade things that could kill them. This is a natural process and it usually takes a long time for microorganisms to make changes that can make them resistant to treatment to become commonplace.

But microbes multiply rapidly. And because we overuse and misuse antibiotics—taking them when we don’t need them, not completing a full course, or prescribing the wrong type of antibiotic to treat a particular infection—we are constantly allowing more and more microbes have developed resistance to flourish.

Pathogens such as bacteria and fungi that can evade antibiotics are of particular concern to children. nosocomial infections (HMB), which develop in seven out of every 100 patients in high-income countries,

according to the World Health Organization (WHO). In developing countries this twice as much.

Nosocomial infections can easily develop after surgery or in patients on mechanical ventilation or intravenous drips. If the infection is caused by resistant bacteria, having an operation such as a knee replacement could mean losing a leg.

For some patients, this nightmare scenario has become a reality. Over the past year, four patients at Groote Schuur Hospital in the Western Cape had to have their leg amputated after knee surgery due to an infection that antibiotics no longer helped.

Six types of bacteria commonly seen in nosocomial infections are under control. WHO list of microbes for which new therapies are urgently needed because they quickly become resistant to available antibiotics.

There is little time left for the government to reach the first set of drug resistance targets (they expire in 2024) because his plan never had enough funding, Mendelsohn says. And given that the national health budget is set at decline in the next couple of yearsthe situation is unlikely to change.

One place where the loss of working antibiotics would have a big impact is in surgery.

Mendelsohn says: “Doctors usually give patients an antibiotic shortly before surgery to stop the infection in the wound. If medicines no longer work against common germs, [about] 40% of hip replacements will become infected.”

This could lead people to decide not to have the surgery they need or surgery that could improve their quality of life, like a hip replacement, he warns.

The bacteria most of concern to health authorities, especially in hospitals, are commonly referred to as RUNS AWAY group, an abbreviation consisting of the names of individual species.

One of them is called Klebsiella pneumonia (K in ESKAPE), which can lead to bloodstream infections, septic wounds, or rejection by the patient of a prosthesis such as a hip replacement.

There are four types of antibiotics that can be used against this bacterium.

In 2016 about two thirds of these infections can be cured with one of these antibiotics; by 2020 less than half can be treated with this drug.

This meant that we had to move on to the next option. But by this time, about seven out of 10 blood samples showed that the “K” had already moved and could interfere with this medicine as well.

We’ve now settled on the last two options, Mendelsohn says, but a quarter of infections are already resistant to one of them. This leaves us with only one more, called colistin, as a last resort.

WHO lists this drug as one that should only be used when all other antibiotics no longer work, but special permission is required for its appointment in South Africa.

“They are [K. pneumoniae] really putting forward a last resort,” says Mendelsohn. We had strains in humans that we didn’t have antibiotics left to treat.”

How to beat mistakes

Development new treatments for microbial infections or preventive medicines such as vaccines are expensive and time consuming, so in the meantime we must make the most of what we have for as long as possible.

One way to do this is to set up antimicrobial rational use programs in hospitals. This means setting up a team of healthcare professionals, made up of physicians, nurses and pharmacists, led by a microbiologist or infectious disease specialist, to oversee the responsible use of antibiotics. As part of their oversight, the team will verify that patients are prescribed the correct type of antibiotics, are given the correct dose, and that medication is only given when laboratory tests confirm it is needed.

Have microbiologist or infectious disease specialist in the team important because they know how microbes react to certain antibiotics.

BUT 2017 study from Groote Schuur Hospital found that an antimicrobial prudent use program led by a person with such experience reduced the use of antibiotics for four consecutive years by almost 20% compared to before. This reduced the hospital’s bill for these drugs by more than R3 million.

But in South Africa, there are far too few such specialist scientists working in hospitals—only 42, according to Mendelssohn—and in four out of nine provinces there are no.

Insufficient education in programs for the rational use of antimicrobials can lead to feeling of insecurity on antibiotic therapy. This may lead to incorrect assignment, as 2018 study shown in eight primary health care facilities in the Cape Town area.

The researchers found that in three out of 10 cases, antibiotics were prescribed without a documented diagnosis to support this treatment, and one in five patients who received antibiotics did not need them. The study also showed that the wrong type of medication was often prescribed, or that doctors advised the wrong dose or duration of treatment.

Changing this comes down to money, experience and awareness, but these three legs cannot exist alone.

Despite “some progress” in convincing South Africans – both healthcare professionals and the public – to use antibiotics more responsibly, such as the creation of a ministerial advisory committee, guidelines in order to implement sustainable use programs at the sites, it is necessary to change the situation at the practical level.

According to Mendelsohn, “human resources, education and national recognition” will help us limit the growth of incurable bacterial infections.

With sufficient funding, health professionals such as nurses can be an important link between pharmacists, doctors and patients. 2022 study shown can lead to significant improvements in the responsible use of antibiotics.

Financial support to train and hire more infectious disease specialists can also help to gain these skills in provinces that do not have access to such experience.

Until then, advocacy by professionals in tertiary hospitals can ensure remote support to secondary and primary hospitals in rural areas.

It was also found that pharmacists have to make rounds in hospitals. In a five-year study conducted in 47 private hospitals in South Africa, pharmacists participated in the review of antibiotic prescriptions. For those who had to change, four out of 10 were due to the fact that the treatment was carried out for too long. By proposing a change, the contribution of pharmacists has led to a significant reduction in the use of antibiotics.

Such large programs are not always possible and may not be necessary in every case. Even small steps with limited input from medical staff can make a big difference, says Sarentha Chetty, professor of pharmacology at the University of the Witwatersrand and lead author of the KwaZulu-Natal study.

“Sometimes it’s just one person [with stewardship training] who checks things. With the support of the rest of the team, this is doable, even if on a smaller scale.”

This story was produced by Bhekisis Medical Journalism Center. Subscribe to Newsletter. 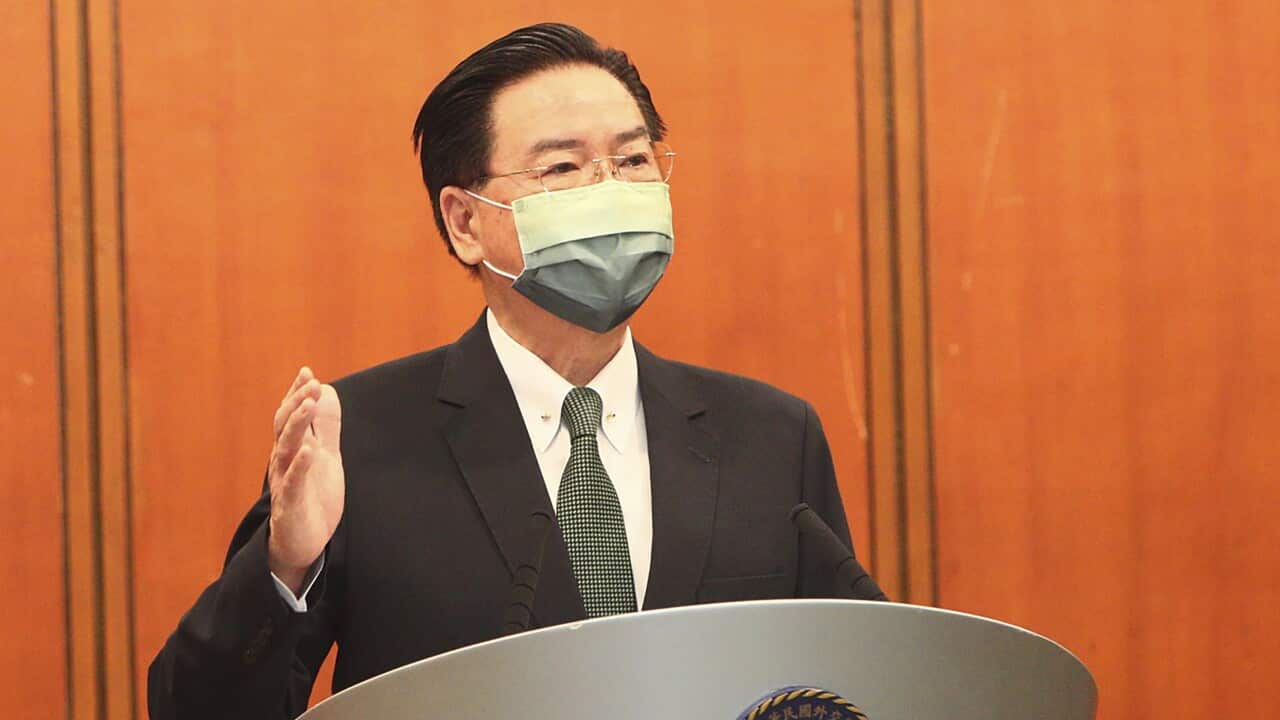 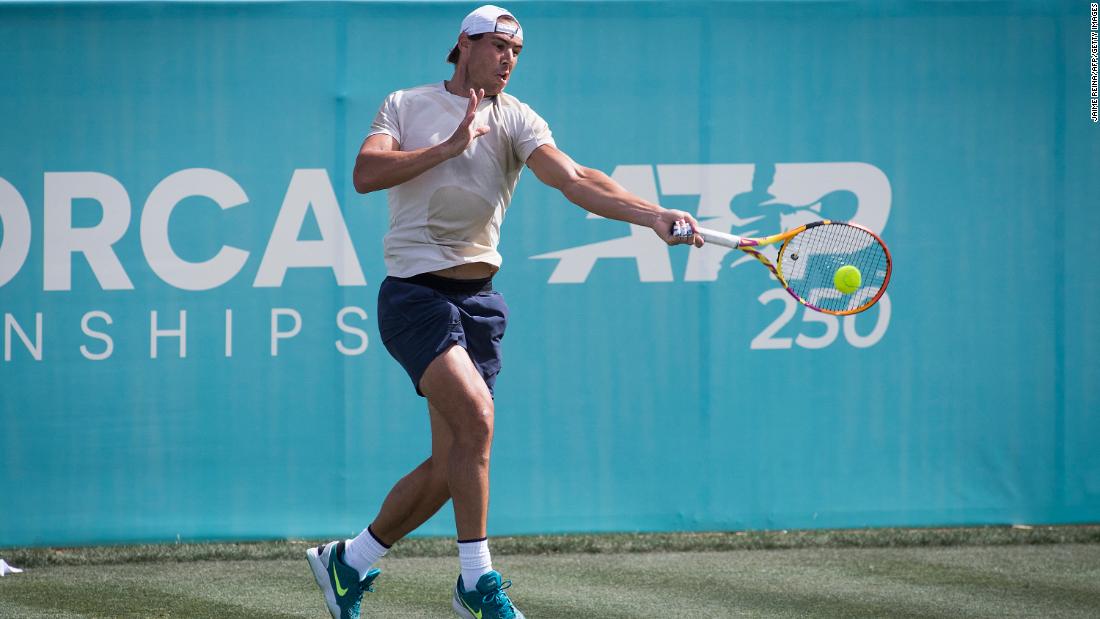