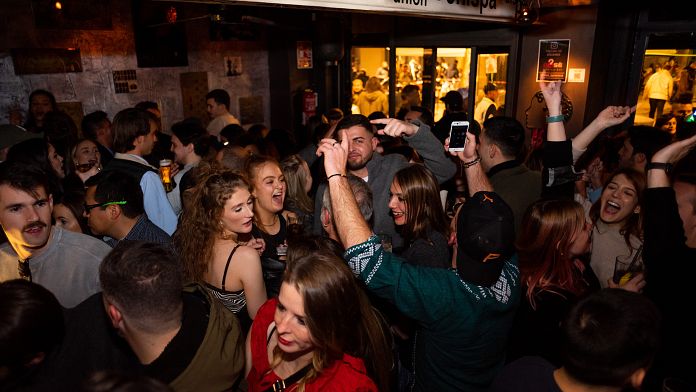 The number of women in Spain reporting being stabbed with medical needles in nightclubs or at parties has risen to 60, according to Spain’s interior minister.

Fernando Grande-Marlasca told state broadcaster TVE that police are investigating whether the “inoculation of toxic substances” is intended to subdue victims and commit a crime, mostly of a sexual nature.

He added that the investigation will also try to establish if there is another motivation, such as creating insecurity or intimidating women.

Waves of needle sticks at music events have also thrown authorities in France, Britain, Belgium and the Netherlands into disarray. French police have counted more than 400 reports in recent months and said the motive behind the strikes is unclear. In many cases, it was also unclear whether the victims had been injected with any substance.

The Spanish police have not confirmed any cases of sexual assault or robbery related to the mysterious injections.

They said 23 of the recently reported needle attacks occurred in the Catalonia region of northeastern Spain, which borders France.

Spanish police have so far found evidence of drugs in one victim, a 13-year-old girl from the northern city of Gijón, who had the drug ecstasy in her system. Local media reported that the girl was quickly taken to the hospital by her parents, who were next to her when she felt a prick of something sharp.

In an interview with TVE broadcast on Wednesday, Spain’s Justice Minister Pilar Llope urged anyone who believes they were injected without their consent to contact the police, as the needle stick “is a serious act of violence against women.”

Spanish health authorities have said they are updating their protocols to improve their ability to detect any substances that may have been injected into victims. Toxicology screening protocols require blood or urine tests to be taken within 12 hours of a suspected attack, Llop said.

The guidance recommends that victims immediately call the emergency services and contact a medical center as soon as possible.