Skip to content
On Saturday, Israel launched air strikes on Gaza, and a group of Palestinian militants responded with rocket fire, in the biggest escalation of violence in the territory since last year’s war.
Health officials in the Hamas-controlled enclave said 10 people were killed in the Israeli bombardment, including a five-year-old girl, and 79 others were injured. The Israeli army estimated that 15 militants were killed during the operation.
Israeli Prime Minister Yair Lapid said the Jewish state was forced to launch a “preemptive counter-terrorism operation against the imminent threat” posed by Islamic Jihad after days of tension on the Gaza border.
Israel and Islamic Jihad have confirmed the assassination of high-ranking militant leader Taysir al-Jabari in a strike on a building in western Gaza City on Friday.
Islamic Jihad said the initial Israeli bombing was tantamount to a “declaration of war” before it fired more than 100 rockets at Israel.
Rockets and Israeli strikes continued throughout the night, which could lead to a repeat of the 11-day conflict in May 2021 that devastated Gaza and forced countless Israelis to rush to bomb shelters.
“Israel is not interested in a wider conflict in Gaza, but it will not shy away from it either,” Mr. Lapid said in a nationally televised address.
Air raid sirens sounded throughout the night in several places in the south and center of Israel, but there were no immediate reports of casualties.
Border officials urged people to stay close to shelters that were also opening in the commercial capital of Tel Aviv.
The army initially confirmed at least 70 rocket launches from Gaza, saying 11 fell inside the runway, dozens were intercepted by the Iron Dome air defense system, and others landed in open areas.
Air raid warnings and Israeli strikes had at least temporarily stopped by 4:30 AM (01:30 GMT).

Egypt, historically a mediator between Israel and armed groups in Gaza, has been keen to mediate and may host an Islamic Jihad delegation later on Saturday, Egyptian officials told AFP in Gaza.

History of the conflict

Hamas has fought four wars with Israel since taking control of Gaza in 2007, including a conflict last May. Islamic Jihad is a distinct group affiliated with Hamas but also operating independently.

The outbreak with Islamic Jihad occurred in 2019 after the Israeli assassination of Baha Abu al-Ata, Jabari’s predecessor.

Palestinians attend the funeral of Alaa Kaddum (age 5), who was killed in an Israeli airstrike along with other Palestinians. Credits: SOPA Images/Sipa USA

The sides exchanged fire for several days, but Hamas did not join the fray.

Hamas’ actions against the backdrop of the current violence could prove decisive in determining the extent of its severity, as some groups face pressure to remain calm in order to improve economic conditions in the territory.
Abdullah al-Araishi, a resident of Gaza City, said the situation was “very tense”. “The country is ruined. We’ve had enough wars. Our generation has lost its future,” he told AFP.
Hamas said that Israel has “committed a new crime for which it must pay the price.”

Both Hamas and Islamic Jihad are considered terrorist organizations in much of the West.

A five-year-old girl was among the dead, according to the Gaza Ministry of Health.

Flames erupted from a building in Gaza City after the first series of strikes, and wounded Palestinians were evacuated by doctors.
The Gaza Health Ministry said “a five-year-old girl targeted by Israeli occupation” was among the nine killed.
Five-year-old Alaa Kaddum had a pink bow in her hair and a gash on her forehead, as her body was carried by her father at the funeral.
Hundreds of mourners gathered in Gaza City for the funeral of Jabari and others killed in the airstrikes.
Israeli military spokesman Richard Hecht said “we assume about 15 killed in action” in Gaza, referring to Palestinian combatants.

Israeli tanks lined the border, and on Thursday the military said it was reinforcing its troops.

UN Middle East peace envoy Thor Vennesland said he was “deeply concerned”, warning that the escalation was “very dangerous”.
The strikes came four days after Israel closed two Gaza border crossings and restricted the movement of Israeli civilians living near the border, citing security concerns.
The move follows the arrest in the occupied West Bank of two senior Islamic Jihad members, including Bassem al-Saadi, whom Israel accuses of masterminding the recent attacks.
Israel has carried out a wave of raids in the West Bank since mid-March in response to deadly attacks on Israeli civilians.
Islamic Jihad has not fired rockets since Saadi’s arrest, but Israel has insisted throughout the week that the group intends to retaliate.

Since Tuesday, Palestinians, including patients and those with Israeli work permits, have not been allowed to leave the Gaza Strip, while the checkpoint for goods has also been closed. 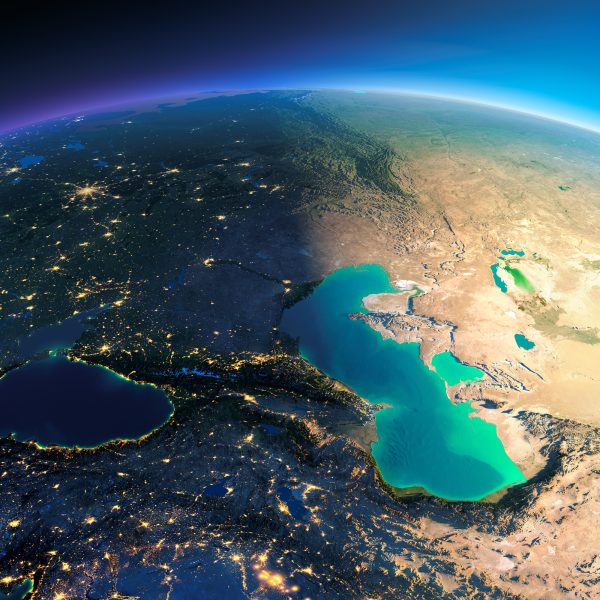